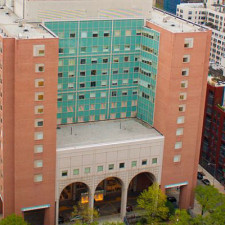 The League of Voluntary Hospitals and Homes and 1199 SEIU have reached a tentative deal on a new four-year contract.

Employees, provided they ratify the agreement, will receive a 13-percent wage hike over the next four years.

But this was never really about wage increases.

The big issue was how large nonprofit health systems would contribute toward the National Benefit Fund, which provides members with health and life insurance and other benefits. 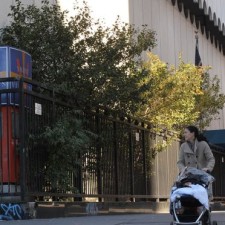 Some 70,000 New York City healthcare workers have a tentative labor deal with the umbrella group representing almost all local hospitals, averting a possible strike at the end of the month.

But as important as wages, health benefits and pension were to SEIU-1199, an even bigger victory could be winning the right to add healthcare workers to a union that is widely considered one of the most powerful forces in city and state politics.

New York City- A week-long voting process yielded a 95% percent yes vote in support of a one-day strike which will take place July 31st at over 100 hospitals and nursing homes if an agreement is not reached by then. Healthcare workers say they do not want to strike, and will continue negotiating in good faith to reach an agreement tonight and over the weekend. The legally required 10-day strike notices have been delivered to employers.

“Inequality is out of control in our county, especially in New York, and it is becoming harder and harder for working people to stay here, find good jobs, and make ends meet. At the same time, the healthcare industry is transforming, and one third of all healthcare delivery is shifting from hospitals to outpatient facilities over the next few years. 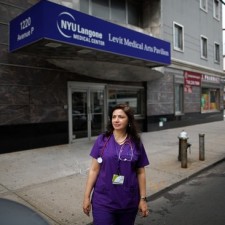 About 70,000 New York City area nurses and other health-care workers are poised to authorize a one-day strike that would take place July 31.  Negotiations over a new contract happen every three to four years, but now both union and hospital leaders are grappling with a new issue: an industrywide shift away from hospitals toward outpatient clinics.